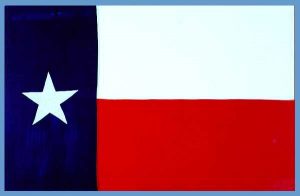 Montgomery, Texas is the birthplace of the Texas flag and one of the oldest towns in Texas.  Dr. Charles Bellinger Stewart, a Montgomery postmaster and pharmacist and the first Secretary of State for the Republic of Texas created the official flag and the Republic seal on a piece of vellum.  President Lamar approved the flag and seal on January 25, 1839.  The N.H. Davis Pioneer Complex and Museum in Montgomery have a replica of the vellum on display for visitors.  On May 30, 1997 Governor George Bush signed House Resolution #1123 proclaiming Montgomery County as the Birthplace of the Lone Star Flag.

The town of Montgomery was founded in the middle of the Lake Creek Settlement by W.W. Shepperd in July 1837 on 200 acres.  Shepperd established the first store in the Lake Creek Settlement in 1835.  The town was named “Montgomery” by W.W. Shepperd and John Wyatt Moody.  John Wyatt Moody lived in Alabama where he was the County Clerk of Montgomery County, Alabama before he migrated to Texas.  Montgomery, Texas was named after Montgomery County, Alabama which was named after Lemuel P. Montgomery who was killed in the Battle of Horseshoe Bend.  After the county was created on December 14, 1837, Montgomery, Texas became the first county seat until 1889, when the records were moved to Conroe, Texas.

Montgomery began as a trading post in 1826 and was the trade center for a large farming area, where stagecoach, railroad and telegraph lines crossed.  The first school in Montgomery was created in 1839 and the City of Montgomery was incorporated in 1848.  There was a building boom in the 1850’s and some of those homes remain today and are still occupied by the descendants of the original owners.

By 1900 several mercantile establishments, cotton gins, hotels, boarding houses, doctors, dentist, lawyers and active railroads with freight and passengers were in business.  But later the railroads by-passed the town and the county seat moved to Conroe, Texas.  These events actually reverted Montgomery back to the quiet little town it is today.